Garth S. Webb was born in Midland, Ontario on 10 December 1918 and grew up in Calgary, Alberta.

Early in the Second World War, Garth tried to enlist in the Royal Canadian Air Force and Royal Canadian Navy. Both services turned him down for medical reasons. In 1940, Garth began a Bachelor of Commerce degree at Queen’s University in Kingston, Ontario. He spent two years in the program, had his hernia repaired, and applied for officer training in the Canadian Army.

In 1942 he joined “C” Troop, 14th Field Regiment, Royal Canadian Artillery. On the morning of D-Day, 6 June 1944, Lieutenant Garth Webb landed on Juno Beach as a Gun Position Officer (GPO). He served through the liberation of France, Belgium, and Holland in 1944 and 1945.

After the war, Garth returned to Queen’s and completed his Commerce program. He embarked on a career as a real estate broker and appraiser.

In 1994, Garth Webb returned to Normandy for the 50th anniversary of D-Day. He was disappointed to find no place to focus commemoration efforts for Canada’s role in Normandy and the Second World War. To fill this void he and his partner, Lise Cooper, started the initiative to build the Juno Beach Centre, a Canadian museum on the D-Day beaches.

The Juno Beach Centre officially opened on 6 June 2003 and Garth served as the President of its Board of Directors. He worked tirelessly in this role, welcoming groups of teachers and students touring the Canadian battlefields. He aimed to impart the legacy of the role Canada played in the conflict on future generations.

Garth Webb passed away on 8 May 2012 at the age of 93. His list of honours includes the Meritorious Service Cross (awarded by the Governor General of Canada in 2003) and the National Order of the Legion of Honour (awarded by the French government in 2005).

Garth Webb served as a junior officer in the Royal Canadian Artillery (RCA), a branch of the Canadian Army. He served in 14th Field Regiment, RCA, as part of the 3rd Canadian Infantry Division. On D-Day, 14th Field Regiment’s guns supported 8th Canadian Infantry Brigade’s assault. They landed at Bernières-sur-Mer, suffered heavy casualties from German artillery as they emerged from the town, and finished the day in a gun position near the present site of Beny-sur-Mer Canadian War Cemetery.

The artillery available to support the army fell into a variety of categories, including guns and howitzers. Guns, so-called, fire projectiles at high velocity over relatively flat trajectories. Howitzers, in contrast, usually fire larger projectiles at lower velocity and higher trajectories in order to clear intervening obstacles. 14th Field Regiment operated gun/howitzer hybrids, allowing them to perform both roles.

Most artillery pieces were mounted on carriages and towed between firing positions, but self-propelled guns mounted on tank frames were also used. For D-Day, 14th Field Regiment operated M7 Priest 105mm self-propelled guns. This afforded the unit added mobility on the battlefield and allowed the weapons to deploy quicker once they came ashore. They also fired from landing craft in the English Channel during the infantry assault. In early August 1944, 3rd Canadian Infantry Division’s field regiments exchanged their Priests for towed 25-pounder guns. The gunners were sorry to lose their self-propelled guns.

Artillery operated according to two basic methods: direct and indirect fire. Direct fire was directed over open sights against a target clearly visible from the gun. This method was most common with tank and anti-tank guns, where fire had to be aimed to be effective, and could be hazardous as the gun (and its crew) was itself exposed to enemy fire. Indirect fire called for a forward observer, in communication with the guns by telephone or radio, to correct the fall of shot. This method took longer than direct fire to achieve accuracy, but the guns could be better protected from enemy artillery. It was used with heavy, medium, and field guns.

One way to understand the organization and employment of a field artillery regiment is to picture an outstretched hand. The palm is the regimental headquarters where the command and administrative functions of the unit take place with the lieutenant-colonel and his staff. The knuckles are the gun battery headquarters. Commanded by majors, these three sub-units relay instructions to the gun crews. Each battery contained two troops of four guns each commanded by a captain. Troop commanders were typically forward with the infantry (like outstretched fingertips) at observation posts. These forward observation officers, with the assistance of a signaller and an ack (a highly-trained technical assistant), would call for and direct fire on behalf of the foot soldiers. Theirs was a dangerous business. They moved forward in vehicles with the infantry during attacks in order to provide continuous support. 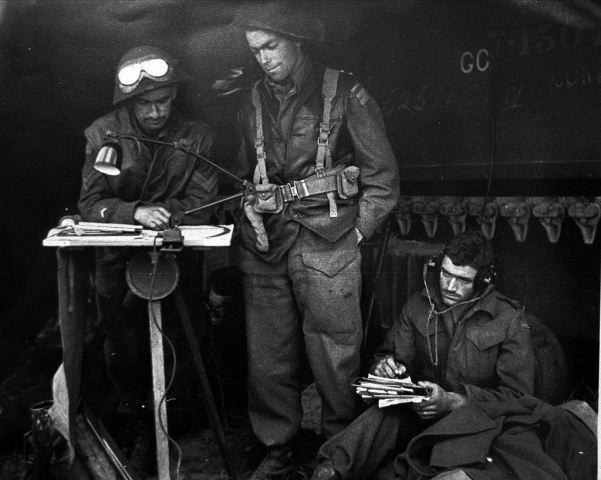 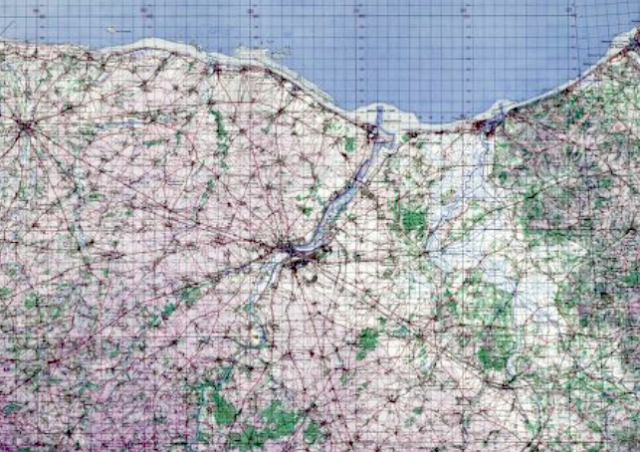 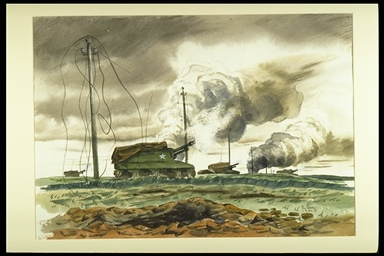 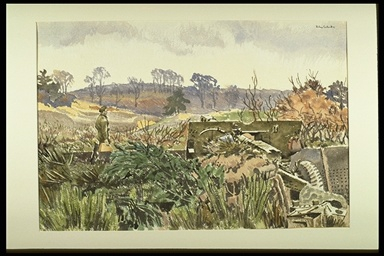 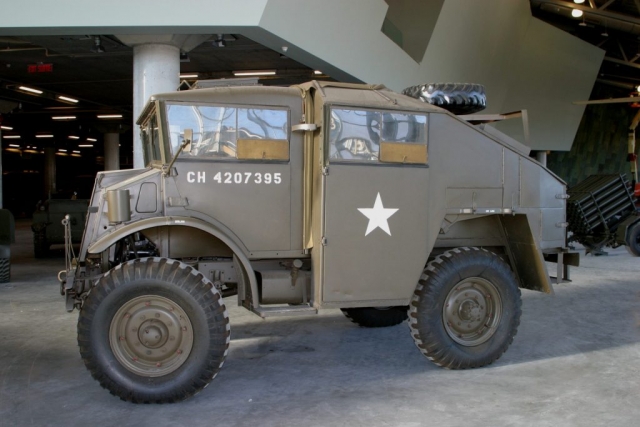 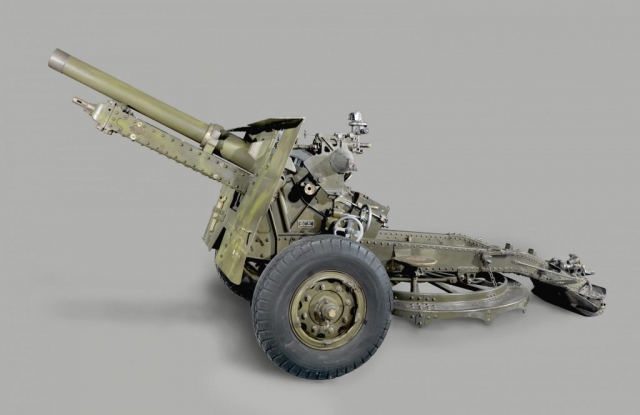 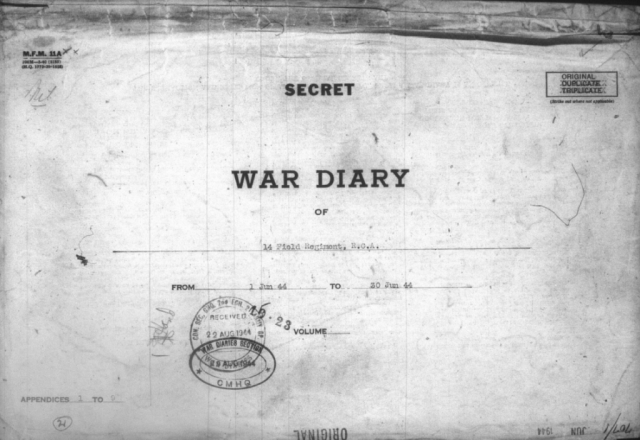