Donald “Don” Marshall Sutherland was born on 22 June 1916 in Toronto. He worked at The Canadian Bank of Commerce before the war.

When war broke out in 1939, Don was a pacifist and conscientious objector. The fall of France in June 1940 changed all that. He enlisted as an Ordinary Seaman in the Royal Canadian Naval Volunteer Reserve (RCNVR). The RCN did not yet have enough training facilities for its sailors, so Don was sent to England.

Commissioned as a Sub-Lieutenant, Don transferred to Scapa Flow, at the Orkney Islands in northern Scotland. He volunteered to lead a crew in mine disposal activities, protecting the Royal Navy’s Home Fleet from mines left by German aircraft or submarines. In 1941, Don was recommended for the George Medal “for courage and skill in carrying out hazardous duties”. Authorities downgraded the award to a Mention in Dispatches when Don indicated that the stress of the role was too much for him.

After taking leave in Canada — during which his ship was torpedoed by a German submarine in the middle of the Atlantic Ocean — Lieutenant Sutherland rejoined the RCN. In late 1943, Don was serving at HMCS Niobe, a manning depot in Greenock, Scotland, when word came that officers were needed to train with Canadian sailors as Beach Commandos. Don underwent training at the Royal Navy’s Beach Commando training centre and the Canadian Army Battle School.

On 7 July 1944 “W” Beach Commando relieved “P” Beach Commando on Juno Beach. Lieutenant Sutherland was Beach Master “W1”, responsible for Mike Green Sector west of Courseulles-sur-Mer. Don and his men worked to ensure the steady flow of vehicles, men, and supplies across the beach. In less than two months they offloaded some 100,000 driverless vehicles.

Don remembered his time on Juno Beach as the most rewarding part of the war. When the supply effort shifted to larger port facilities “W” Beach Commando disbanded. Disappointed, Don was relegated to intelligence work, staffing a desk.

After the war in Europe ended Don was slated to join the navy in the Far East. Japan surrendered before he had the opportunity and Don returned to civilian life in October 1945.

In the late 1940s, Don studied Chinese at the University of Toronto and in China. He returned to Canada shortly after the 1949 Chinese Communist Revolution and worked as an assistant curator in the Far Eastern Department at the Royal Ontario Museum in the early 1950s. He had a long career in publishing with Oxford University Press, Macmillan of Canada, and McGill-Queen’s University Press.

In 1939 the Royal Canadian Navy (RCN) counted only 145 officers and 1,674 ratings on its permanent roster. Canada’s pre-war fleet was also small, numbering only 13 vessels. Many of the permanent sailors groomed their experience and skills aboard Royal Navy warships in the interwar years so Canada’s navy had a good core to build around. They would need it!

The RCN expanded its manpower by calling up reservists and recruiting from the general population. Some men had years of experience at sea in the civilian world, and many had served with the merchant navy. They joined as members of the Royal Canadian Naval Reserve (RCNR). Others, like Don Sutherland, who had limited or no sailing experience, joined as members of the Royal Canadian Naval Volunteer Reserve (RCNVR). This final category made up most of the Canadian navy’s strength in the Second World War.

By the end of the war in 1945 the RCN, RCNR, and RCNVR together numbered over 92,000. They crewed 450 ships and many smaller auxiliary vessels. This briefly made Canada the fourth largest naval power in the world after the United States, Great Britain, and the Soviet Union. Over 7,000 women also served with the Women’s Royal Canadian Naval Service (WRCNS) between 1942 and 1945.

An expansion of this magnitude does not always go smoothly. Don alludes to this in his comments about having to train in England due to a lack of facilities in Canada and his reasoning as to why “W” Commando did not land at Juno Beach on D-Day.

The role of Allied sailors in the invasion went beyond crewing warships, troopships, cargo ships, and landing craft. In 1942 the British created the Royal Naval Commandos. Also known as Beach Commandos, these units contained 10 officers and 65 ratings who were specialists in establishing, maintaining, and controlling beachheads. They also had some infantry training in case enemy forces broke through to the beach. After the D-Day assaults on Juno Beach, that same stretch of sand became an important spot for unloading supplies and reinforcements. Three Royal Navy Beach Commandos, “P”, “S”, and “U” landed just behind the assault forces on D-Day to manage Juno Beach.

Lieutenant Don Sutherland’s “W” Beach Commando, the only Royal Canadian Navy unit of this type, relieved “P” Beach Commando on 7 July 1944. Lieutenant Sutherland was a Beach Master. He led a Beach Party consisting of himself, two assistant Beach Masters, and two dozen ratings. Much like traffic cops, their job was to assign spots to landing craft and guide them using flags, signal lamps, and loud hailers. They also marked the beaches with hazard and directional signs for the men moving ashore. While the fighting had moved south of Caen by mid-July 1944, dangers still existed. Undiscovered mines or German aircraft bombing by night posed real threats, as did the potential for accidents with heavy equipment as it came ashore. 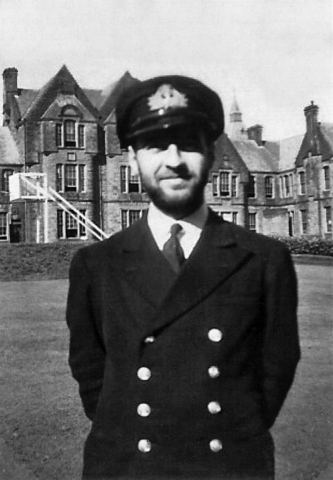 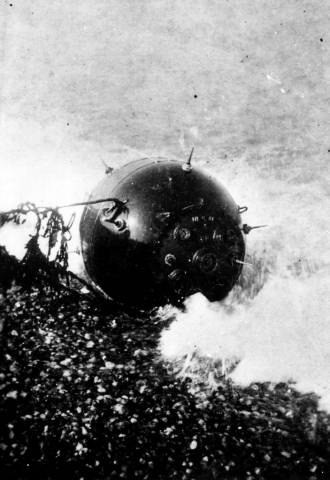 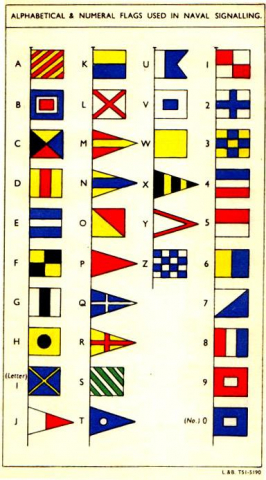 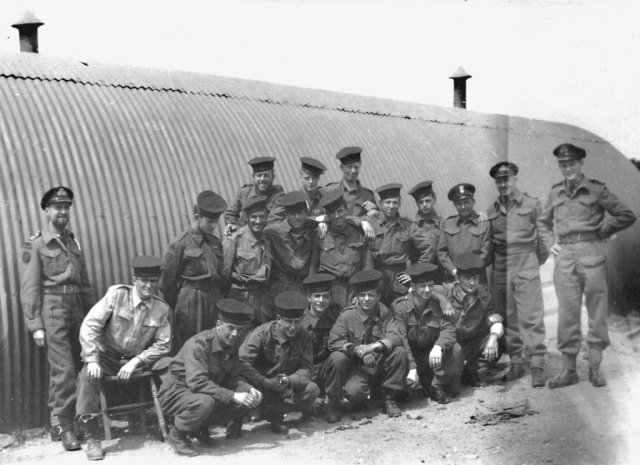 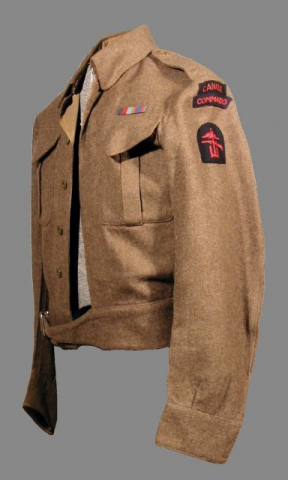 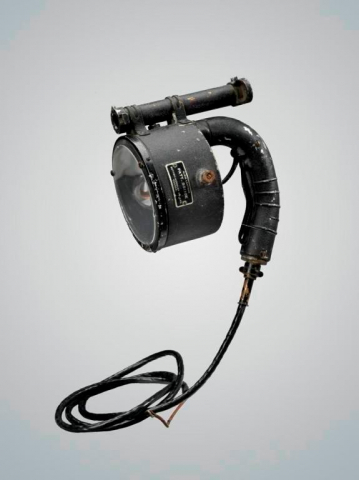 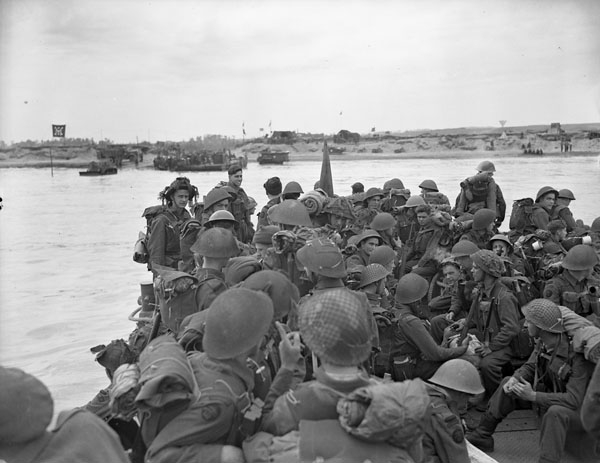 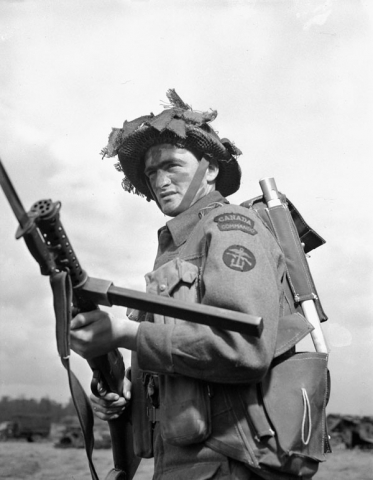 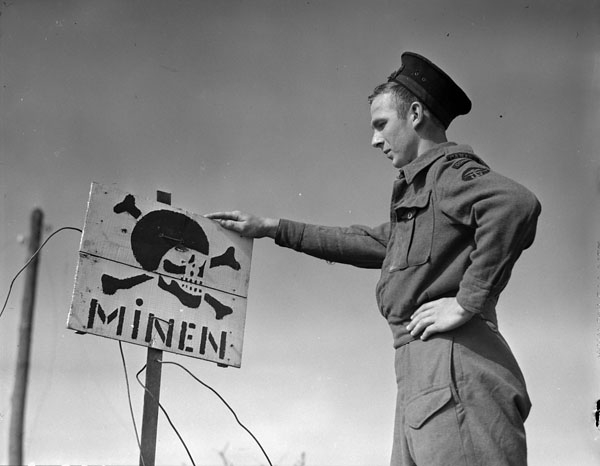 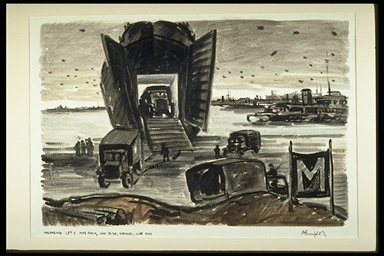 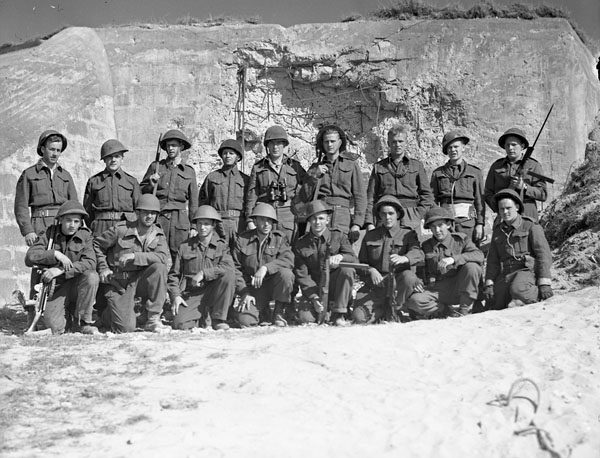 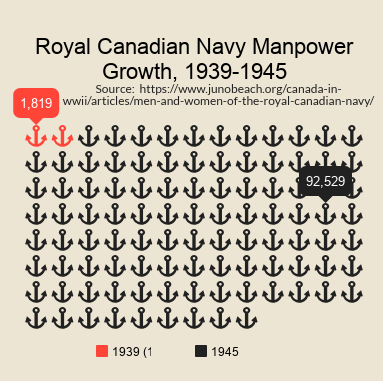 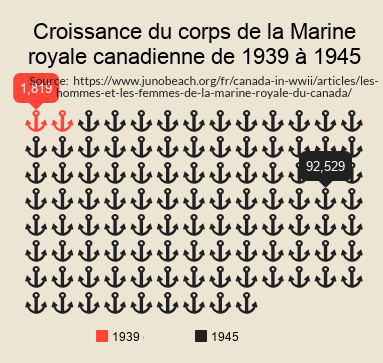