Fred A. Pollak was born in Březno, Czechoslovakia on 20 May 1919. His father was part Jewish, and his family fled to Canada in the wake of the Munich Agreement. They lost their possessions practically overnight and arrived in Canada penniless in August 1939. Fred’s family settled in Prescott, Ontario near Ottawa, where he enlisted in the Canadian Army on 21 August 1941.

Fred spoke and wrote German. The Royal Canadian Corps of Signals (RCCS) was so desperate for people with Fred’s language skills that he found himself stationed in southern England with a signals intelligence unit just over two months later. This was Fred’s introduction to the world of signals monitoring and intelligence gathering. He would listen to German radio transmissions, record the conversations in shorthand, and relay this information to the relevant authorities. This valuable work saved lives.

Fred’s unit, No. 2 Special Wireless Section, was mobile, travelling with the Canadian Army through Normandy from early July 1944. They were often bombed and shelled by German forces. As the war entered Germany in 1945, Fred attempted to look for some of the relatives his family had left behind in 1939. He witnessed the aftermath of the Holocaust and interrogated German war criminals.

After the war, Fred continued his career in military intelligence. He rose to the rank of major with the Royal Canadian Dragoons before retiring in 1968.

In his later years, Fred enjoyed his passion for history, family and friends, and the great outdoors. He and his wife, Ann Pollak (née Guthrie) were avid world travellers.

Fred Pollak died in Ottawa on 16 October 2007, aged 89. He left behind his wife, three children (a fourth had predeceased him), six grandchildren, and two great-grandchildren.

The Royal Canadian Corps of Signals

A modern army needs to communicate. The Royal Canadian Corps of Signals (RCCS) set up and maintained communication between various headquarters and the troops in the field. Communications could be by radio, telephony, teletype, telegraph, or motorcycle messenger service. The RCCS provided and serviced wireless (radio) sets for the various combat formations of the Canadian Army. They also repaired damaged telephone networks and built new ones to connect troops at the front to headquarters and supply centres in the rear.

In the Battle of Normandy, a Divisional Signals group consisted of four companies (or squadrons) totalling 28 officers and 700 other ranks. They tied together the division’s artillery, infantry brigades (or armoured brigade), reconnaissance regiment, machine gun battalion, and engineers. Success in Normandy required these arms to work closely together. The efforts of the RCCS made this possible.

The Crucial Role of Signals Intelligence for D-Day and Normandy

Signals intelligence is the practice of monitoring, intercepting, and interpreting radio signals. Operators, like Fred, could listen live to the enemy’s conversations over the radio or radio signals to obtain a fix on the transmission’s origins. With experience, they could also read the “hand” of telegraph operators. Fred served with No. 2 Special Wireless Section, attached to II Canadian Corps for the fighting in Normandy and northwest Europe. They fed intelligence on German troops to Lieutenant-General Guy Simonds and his staff.

Fred Pollak’s unit played a key deception role in the months leading up to D-Day, 6 June 1944. They broadcast from dummy positions in the English countryside to convince the enemy that the Canadian Army was massing to invade France at the Pas-de-Calais. The Allied planners presented the Normandy landings as a diversion. The imaginary main effort would feature First Canadian Army as part of Lieutenant-General George S. Patton’s fake First United States Army Group. This induced the Germans to disperse their forces and helped make the landings a great success. It also delayed German efforts to reinforce Normandy. Fred’s false wireless communications were part of Operation Quicksilver. Quicksilver was an elaborate deception plan which included dummy vehicles and equipment, actual troop movements in England, and a bombing campaign focused on the Pas-de-Calais (Fortitude South).

Fred’s unit spent almost three years honing their abilities before D-Day. When they arrived in Normandy, they were well-practiced, both in listening to the enemy’s communications and using their signals to determine the location of enemy forces. They were also supported by Ultra Top Secret, an intelligence source courtesy of the signals intelligence decoders and analysts at the British Government Code and Cypher School at Bletchley Park. Early in the Battle of Normandy, Bletchley Park identified the location of Panzer Group West’s headquarters. They passed the location on to the Royal Air Force, which promptly bombed the site. The bombing prevented a counterattack against the Allied landing areas. 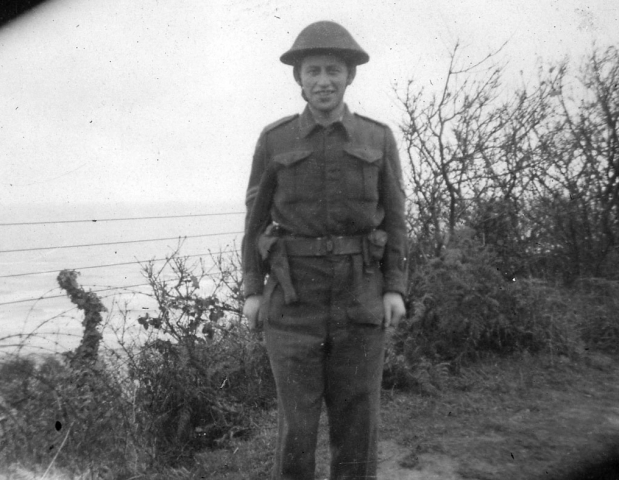 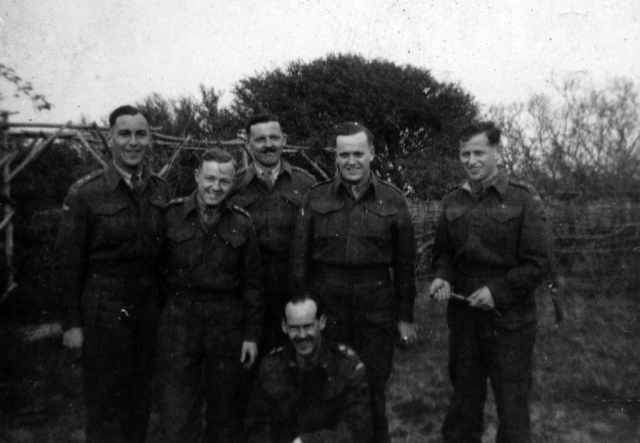 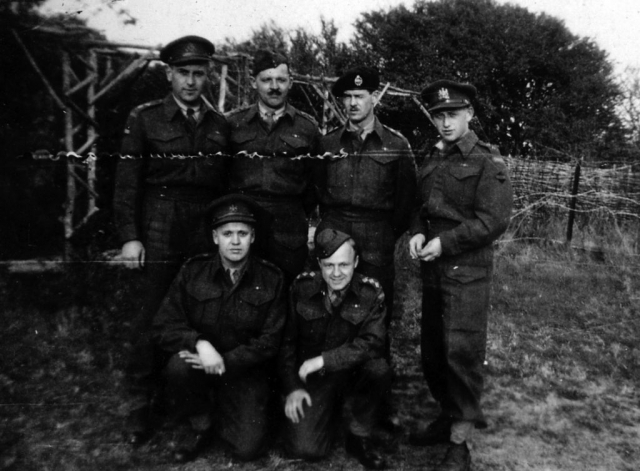 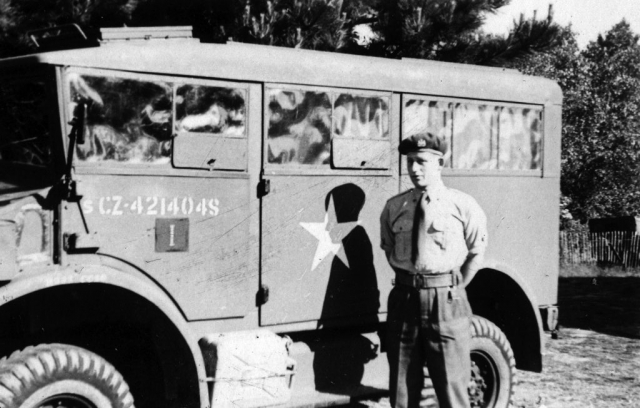 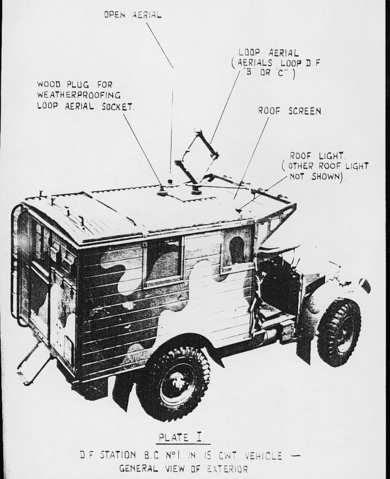 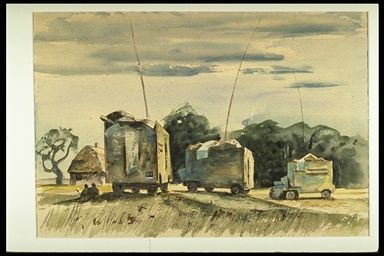 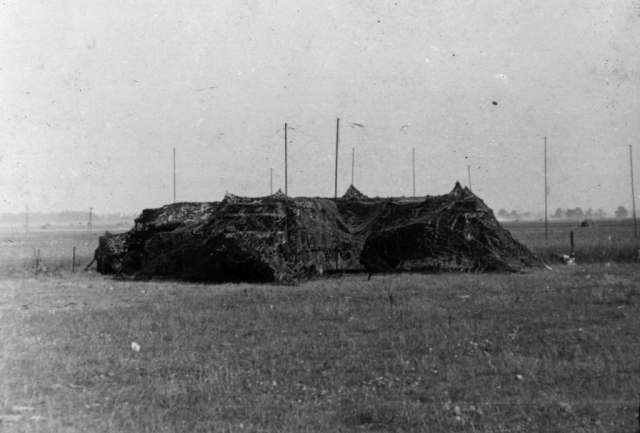 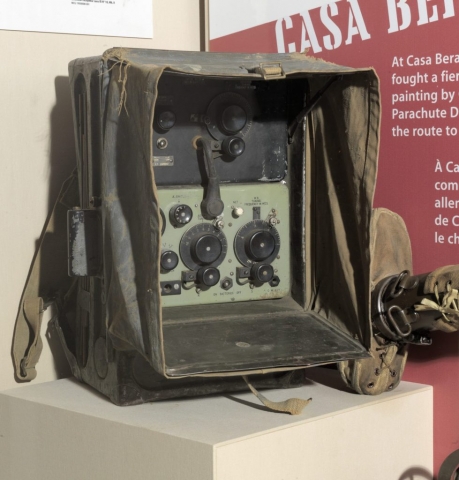 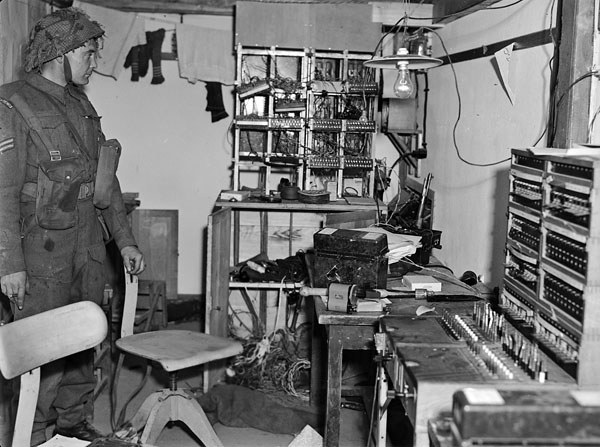 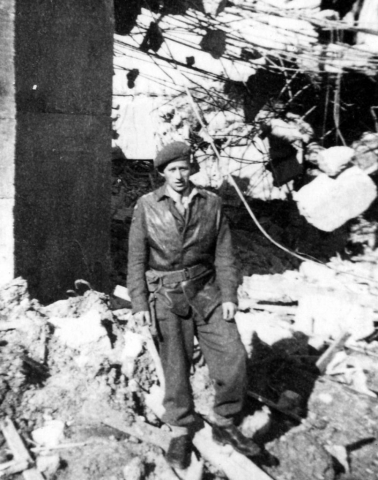 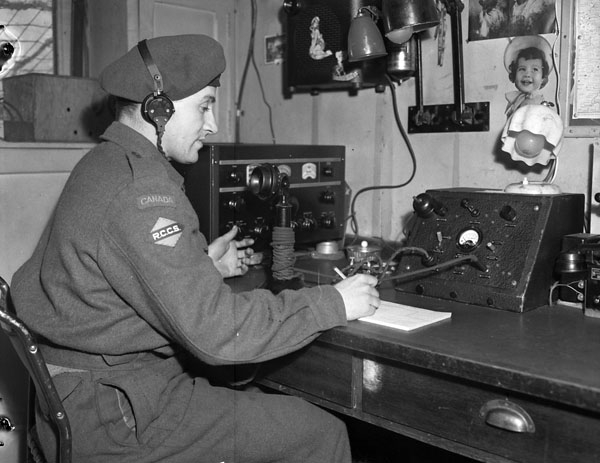 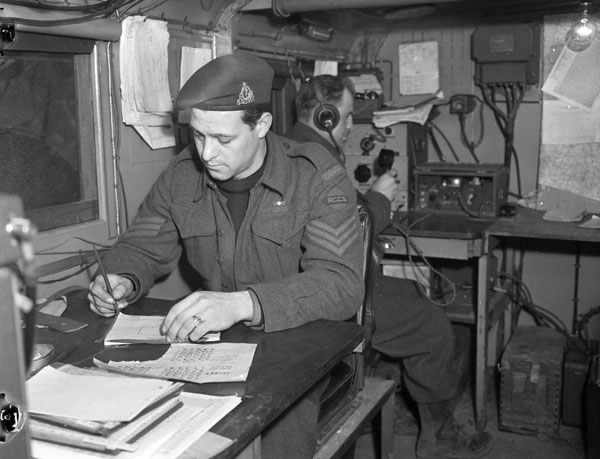 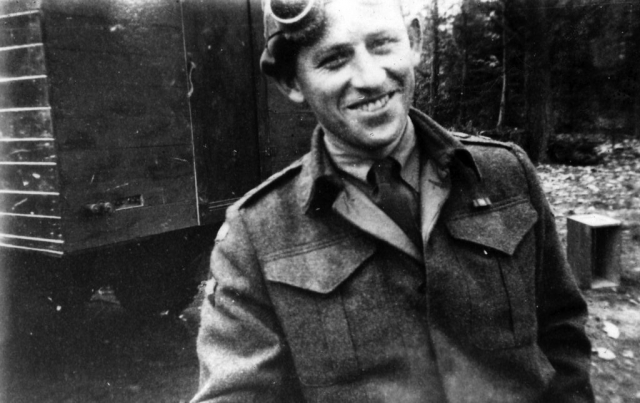 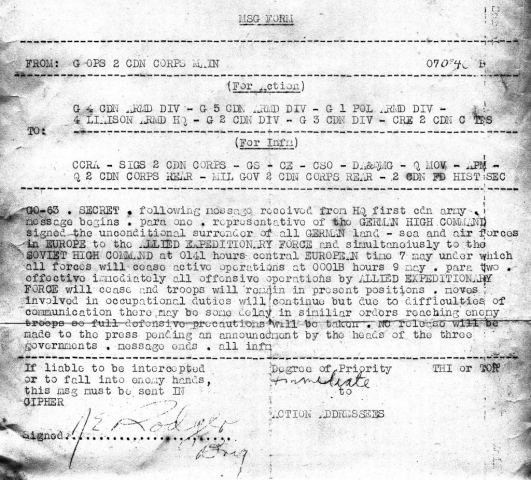 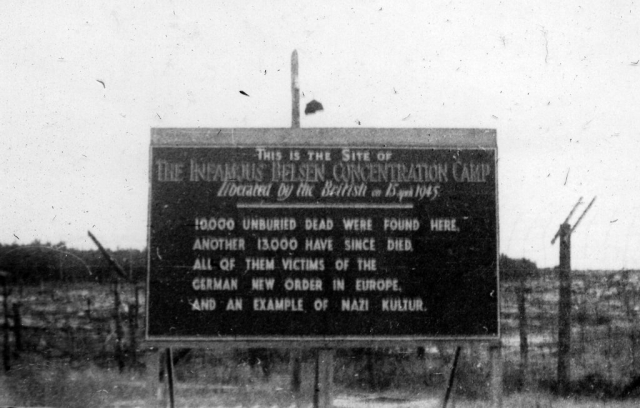 Armoured Div. Sigs Keep ‘Em Rolling
In Holland, the Armoured Division Signals Royal Canadian Corps of Signals; a forward tank commander sends a messenger to get a new wireless receiver; different communications procedures are shown (wire, dispatch rider); the technical maintenance centre sends a wireless; a machine is returned to the tank and is used.

Behind the Swastika: Nazi Atrocities, , provided by the National Film Board of Canada