All for 9 showcases the changing nature of work in the late 19th century, and the emerging activism of Canada’s various labour forces, including newspaper printers, railway workers, shipbuilders, metalworkers, carpenters, and general labourers in response to rapid industrialization. This commemorative project, announced on the 150th anniversary of the 1,500 “nine-hour pioneers” marching in the streets of Hamilton – better known as The Nine Hour Movement, honours the achievements made by Canada’s labour force towards improving work conditions across the country. 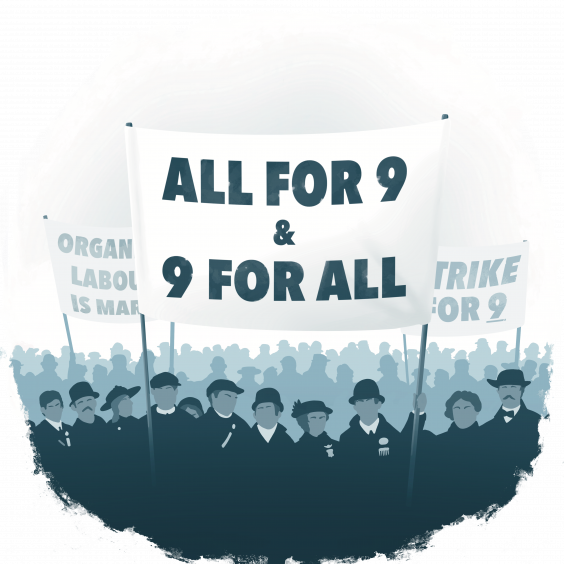 All for 9 explores the activism of Canadian labour through the last 150 years and the ongoing advocacy of working Canadians to achieve equality, fair pay, and appropriate employment conditions. Never homogeneous, Canadian workers began to identify through ethnicity, class, craft, and industrial work – distinctions made more complex with increasing immigration. All for 9 will also examine the Nine Hour Movement through a contemporary lens by connecting this historic event with modern post-pandemic labour struggles, the millennial “gig economy”, and the evolving labour force of the 21st century. And just as the Nine Hour Movement did not successfully result in the implementation of a standard work day for most labourers, the Trade Unions Act did not ‘give’ workers the right to unionize – they had already taken this for themselves. However, both the Movement and the Act were turning points for labour activism; workers and unions had more legal freedom to advocate for themselves and continue to improve conditions for work across Canada.

All for 9 builds on the success of Defining Moments Canada’s innovative digital pedagogy, Curatorial Thinking, already established with previous commemoration projects. We are committed to establishing nuanced historical spaces in a transdisciplinary context, appropriate for both hybrid or synchronous learning. Using a multidisciplinary  approach as the critical lens through which historical understandings should be refracted for 21st-century learners, the achievements of the Canada’s labour class towards improving living and working standards can be communicated and made relevant to students from diverse disciplines – history, mathematics, geography, food & nutrition, and even the visual arts. What’s more, the critical nexuses where these disciplines intersect can be exposed for students through the syndemic and multidisciplinary approach.

Using Defining Moments Canada’s trademarked Curatorial Thinking framework, the stories of the Nine Hour Movement and passage of the Trade Unions Act can be dynamically told, so as to emphasize the changing nature of work in the 19th century – something highly relevant to a 21st century audience. It was a ‘shift’ that was “broadly characterized by the growth of the factory-system in towns and cities, and the emergence of waged labour as a permanent fixture in the lives of more and more workers” (Joseph Burton). Our approach is to explore the evolution of this change through 9 key thematic areas, and in doing so, illustrate the significance of the passage of the Trade Unions Act and the impact of labour movements throughout society: 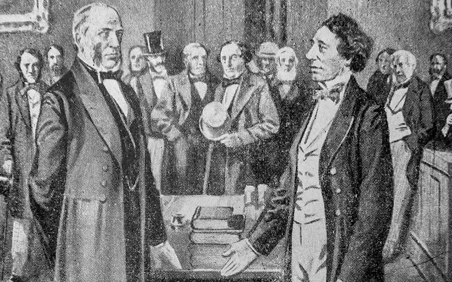 Bring All for 9 and 9 for All into your classroom 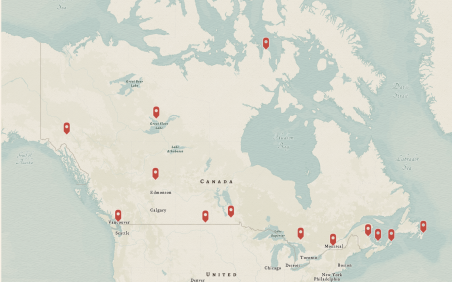 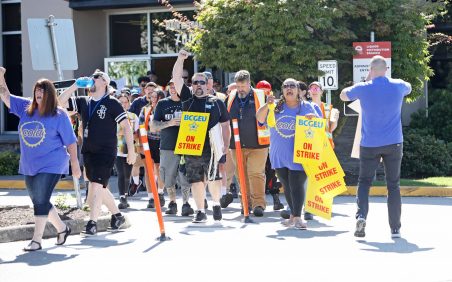 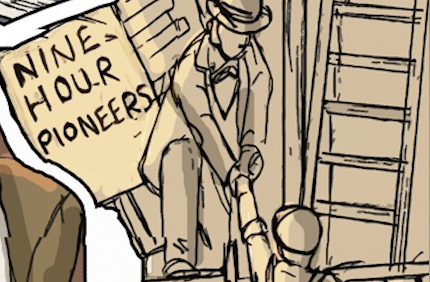 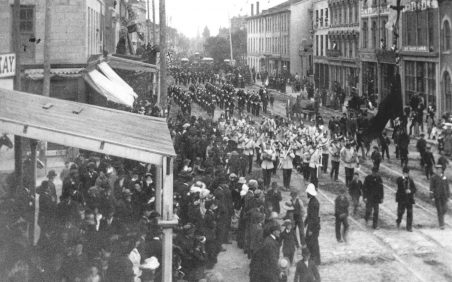 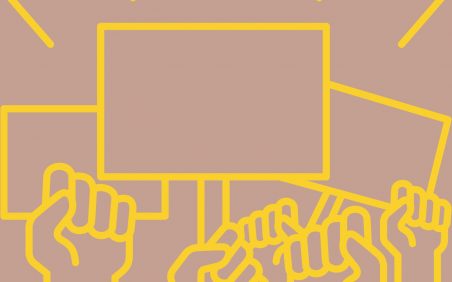